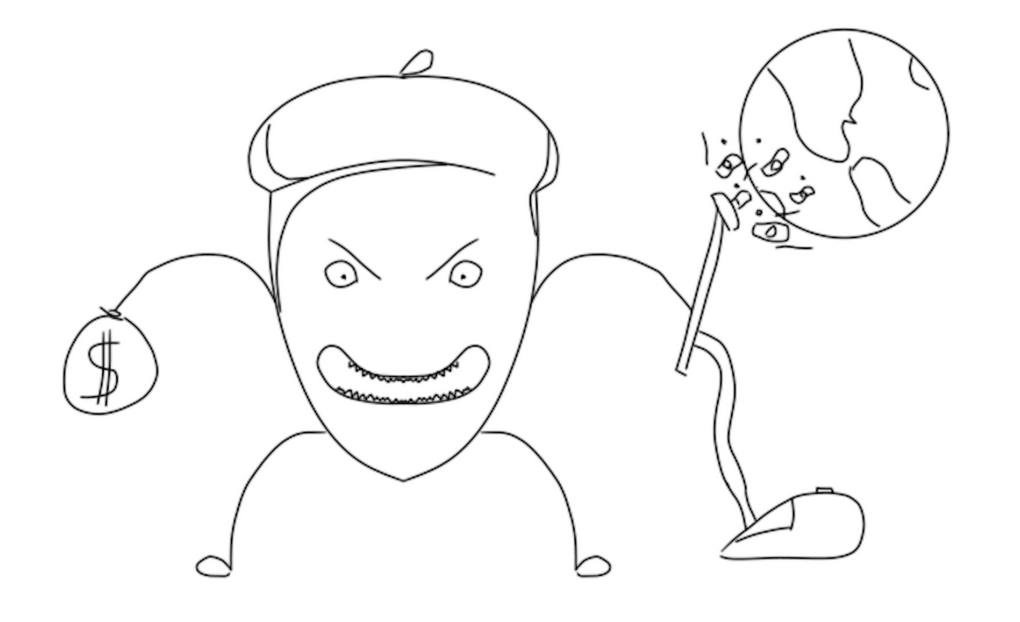 As winter rapidly approaches, so does the CollegeBoard’s new deadline for AP test registration. Set on November 15th, four months ahead of the previous March deadline, this new deadline requires all students that will take the AP tests to complete registration and payment early, lest they be slapped with a hefty fine on top of the already expensive test.

But why did they change the deadline? According to the College Board, they are moving their AP registration deadline to the fall because “[their data shows that] more students earn college credit and placement when they register in the fall … improv[ing] students’ chances of success” (“2019-20 Changes to AP.”). In short, the CollegeBoard is forcing students to register early in the fall because they believe that it will motivate students to get better test scores. However, many suspect that the CollegeBoard is only doing this to bolster their own profits. So what is the truth? Is the CollegeBoard a benevolent overseer helping students, or a debaucherous pig consumed by their gluttonous pursuit for more money?

“the College Board doesn’t care about students – they only care about their bottom line,” says Jennifer Wander, a high school counselor who started the petition “College Board: DO NOT change exam costs and deadlines” says that “the College Board has added an extra stress for all students … School is just getting started in November and there is no way anybody knows at this time whether or not they will be prepared for this high-stakes test”

And high-stakes it is; a single test costs 94 dollars which may or may not count as college credit depending on the score. It is hardly cheap for a test with no guarantees. As a result, many students may decide not to take the test should they feel they are not ready. But, under the new guidelines, this is no longer economically feasible. If one were to register for the AP tests past the deadline, they would have to pay a 40 dollar late fee. Furthermore, canceling a test registration also comes with a 40 dollar fine. On top of the already expensive $94 price per test, such additional fees are devastating, particularly to low-income students.

The CollegeBoard justifies these changes with the implication that students get better scores when they register early in the fall. They back this claim with data they gathered from piloting this program in the past year with 40,000 students and nearly 1,000 schools. According to the CollegeBoard, they saw a 20% rise in low-income students who received a 3 (out of 5) or higher on the exam and a 4% rise in moderate/high-income students who received a 3 or higher. “Moving the time of registration made a difference across the board, but it had the strongest effect for students who are traditionally underrepresented in AP.”

However tempting to believe, the data given actually does not suggest that low-income students are “benefited” due to these changes as the CollegeBoard implies. “while it is true that the pilot seems to have had the effect of increasing the number of passes for the under-represented populations” says Mrs. Sparrow, the AP Statistics teacher at LCA, “the college board seems (from the information I see, which may be neither accurate nor complete) to have been disingenuous in not revealing the other piece of the information – that there was a lower pass rate for these populations.”

So is this the case? That is what Total Registration, a test registration service which handled 50 schools involved with the pilot test, asked themselves. What they found was astounding. Of the 3141 additional low-income students who took the test, only 742 of them received a 3 or higher, at a rate of 23.6% for the “additional” low-income test takers. “Another way to look at this is that 76.4% of the low-income students who were coerced to take the exams because of the new deadline, late fees cancellation fees did not pass … Clearly an early commitment to the exam does NOT cause students to ‘. . . earn a score on the AP Exam that qualifies for college credit and/or placement’ as the college board claims.”

In response to Total Registration’s statistical inquiry covered by Inside Higher Ed, a College Board spokeswoman contacted the newspaper saying that “these false statements are a reckless and futile attempt to thwart the College Board’s efforts to launch the new AP model” and that “companies that work with high schools on tests are defending not student interests, but their own businesses.” Furthermore, they have since removed the data used by Total Registration — which was provided by themselves as promotional information — from the CollegeBoard website.

Predictably, there is no mention on how much the “new AP materials” may cost…