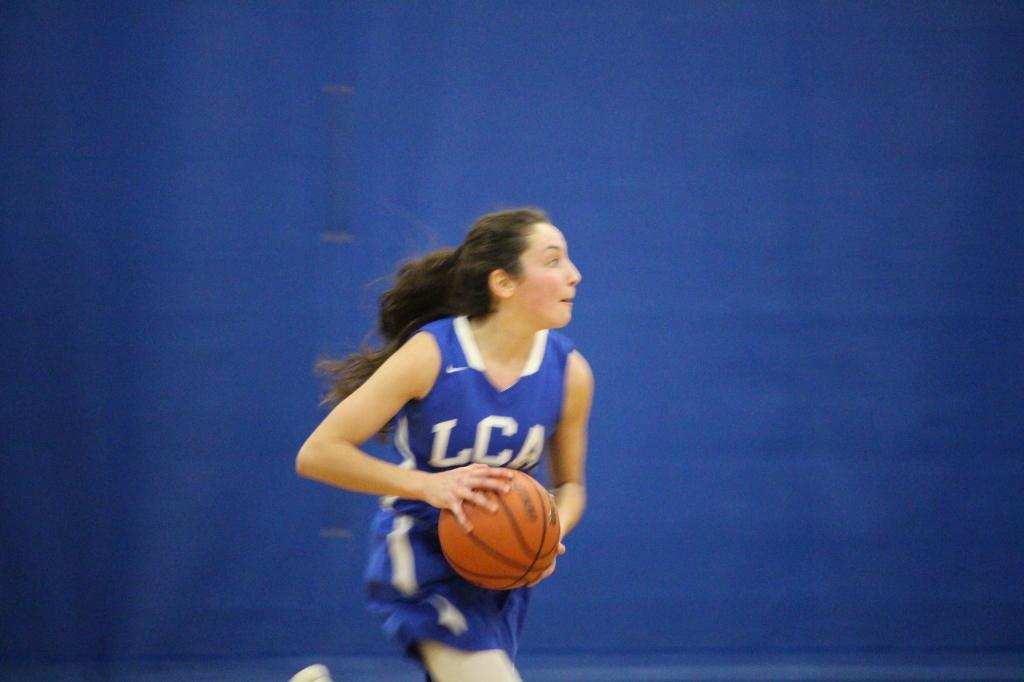 Have you ever seen the Lions’ girls varsity basketball team play? The roar of the crowds overwhelms you, and the clock ticks down in heavy red letters — you see the flash of a number four, and there on the court is LCA’s resident basketball beast — Cara Andreotti. Playing for a varsity basketball team is nothing new for Andreotti; she began her basketball career in the second grade following her cousin’s footsteps playing for her town’s co-ed recreational league. From there Andreotti began to play for a club basketball team called “B2L”. Being on this all girls basketball team sparked Andreotti’s love for the sport because it exposed her to the basketball lifestyle and pushed her to work harder and better in competition. The passion she has for the sport brought her to LCA– a place where she could do both what she loves and receive a good education. Andreotti arrived in the ninth grade and immediately became a starter for girls’ varsity.

Her very first year on the girls’ team, she won honorable mention and NEPSAC all-star, then her sophomore year she won NEPSAC all-star and EIL all-league. Andreotti is currently in her junior year and will continue her basketball career at LCA as she is expected to score her 1000th point in her senior year. Andreotti plans to play for a D1 school in college and continue her spectacular performance in basketball past LCA and beyond. Stop by a game some time, and check out Andreotti play on our very own courts before she makes it to the big leagues. Good luck, Cara!